Do you want to be inspired to be a strong independent lady? Good, here is a list of some feminist songs to make you want to succeed. 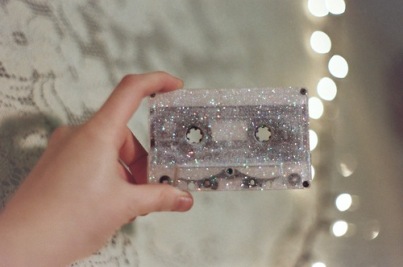 With the rapid technological changes that have taken place in the past few years, it’s easy to forget that just over a decade ago there were no iphones, ipods or even You Tube. The 90’s were a time of clunky aerial telephones, dodgy dial up internet and of course, mixtapes.

In 1999 I was four years old; “Family Guy” was first shown on tv, The Millenium Dome was built in London and I received my first mixtape. The tape in question was a present from my junior infants boyfriend (much romance, I know) and was filled with some of the biggest songs from the decade that still hold a special place in my heart.

The idea of the mixtape, to this day, still holds a certain romanticism. It was work to compile a tape like that as songs had to be recorded from the radio instead of downloaded in mere seconds from the internet. A mixtape was a personal gift, one that showed the person giving it to you knew you enough to pick songs for you. It’s a quaint, cute symbol of a less technologically driven time and the catalyst to romance in every 90s teen movie ever.

With that, here’s the top 5 songs from my very first mixtape that’ll bring memories of your childhood birthdays right back..

We’ve all done the trumpet action when dancing to this.

Naturally the lyrics to this mean something a little different now, but when I was four and thought it was about my barbies I adored it.

To this day I still have no idea what this song means but it’s one of the anthems to my childhood and was certainly one of the songs playing during pass the parcel at my fifth birthday.

My absoloute favourite song when I was a child, this has to be number one. I’m still hoping for an S Club 7 revival!

by Zainab Boladale and Hayley Halpin

Your first year in college; it’s something you’ve probably been thinking about for years and a dream that kept you going through the torturous final months of the Leaving Cert. You’ve watched 22 Jump Street, you just KNOW it’s all parties, fun and vodka-fueled shenanigans…

When you get to college, however, you realize there’s a little more to it than that…

(1)Expectations: On the first day of college you think you will form close bonds with all the like-minded people in your course.

Reality: Everyone is too nervous to talk to each other. Being the first one to start a conversation is just too awkward.

(2)Expectations: Now that you’re a college student you must live the college lifestyle that involves going out every single night with all your cool new friends.

Reality: You’ll never be able to go out because you’re poor and so are all your cool new friends!

(3)Expectations: You’re convinced that you will be able to attend all lectures even on days you’re hungover from drinking Tesco value vodka!

Reality: Lets face it you’re too hungover for college and you convince yourself you’ll make up for it by doing extra readings.

(4)Expectations: Your course will be fun, easy and you’ll learn lots of cool and interesting things.

Reality: You feel like an idiot because you understand nothing. You feel confused, stupid and overwhelmed.

(5)Expectations: You think that you’ll be able to eat junk food but also maintain a healthy diet.

Reality:You eat anything and everything that crosses your path and find that you are gaining weight in all the wrong places.

(5)Expectations: Being interested in your course means you’ll be really good at it.

Reality: Everyone seems to already have a genius degree in your course and you’re light years behind.

Reality: After the first assignment and the first reading it all goes downhill.

As Valentines day rapidly approaches many people find themselves stuck for meaningful presents to give to their significant other. Here is a list of gifts that will not only impress your partner but also save you a bit of money.

As the name suggest, this literally is a jar filled with love! On printed or handwritten squares of paper you will need to write down things you admire about your partner, your special memories together, important dates or even silly jokes only they will understand. For this to work effectively a good memory would be ideal. You can purchase Love Jars at most gift shops at a low price or simply make one yourself to add that extra personal touch. Materials such as coloured paper, glitter, ribbons, etc. will make your love jar look more presentable. This present is guaranteed to pull at their heartstrings.

Never underestimate the benefits of a good scavenger hunt, especially on Valentines Day. For this, you will need to buy various items and hide them in significant places. Give yourself enough time to plan ahead and make sure your gifts are well hidden. Each clue you leave must lead to the next until they manage to find the last gift. This simple activity will be fun for you and your partner. It shows that you devoted time into coming up with this activity meant just for them.

Rather than buying your partner many expensive gifts just for one day why not create a ticket system that will prolong the idea central to Valentines day. This system requires you to write down things you usually wouldn’t do on a regular basis but would be willing to do with due notice. When your partner checks in their ticket you are obliged to treat them to whatever is on the ticket. This gives you time to save money and you can budget the overall cost of each treat. Things like, “Dinner for two”, “Romantic Movie at the Cinema”, “Breakfast in Bed”, “Car wash” are ideal. Websites such as http://www.homemade-gifts-made-easy.com have free downloadable “love coupons” which you can choose from or just create to suit you

How about surprising your significant other by turning your kitchen or sitting room into a five star picnic room rather than wasting money in an overpriced restaurant. Prepare a nice meal for two and don’t forget to have a picnic basket filled with yummy desserts.

Do an activity together:

Most recreational centres offer short term activities that you can pay for in weekly or monthly instalments. Around this time there are offers for couples that you can avail of. Now the activities offered might not be as daring as simultaneously skydiving out of a plane but you can still choose something you both haven’t done before, A water sport or maybe even dance classes? What’s important here is you’re spending time with them and learning something new together.

With Valentine’s Day just around the corner and the release of the 50 Shades of Grey tomorrow, most people are in a frenzy to get tickets or get dinner arrangements planned. If you’re an unfortunate student who has no money, then spending it on fancy restaurants isn’t something you want to do.

Why don’t you spend the night curled up with your significant other, in your favourite jammies watching some sappy film? Chocolate and tissues advised, as we count down the top ten Valentine’s films.

This film is basically a modern version of The Notebook. His wife forgets all about him, very dramatic. Although, if Channing Tatum told me we were married I would totally go along with it.

Although, I’m a Bronte fan through and through, this adaption of Austen’s novel is perfection. Kiera Knightly gives an amazing performance as strong headed Elizabeth Bennett. It makes all your fights with your boyfriend seem ridiculous.

This quirky movie, starring Zooey Deschanel and Joseph Jordan Levitt, deals with modern day love. Although not in the conventional way we are used to. Tissues at the ready it’ll make you weep. 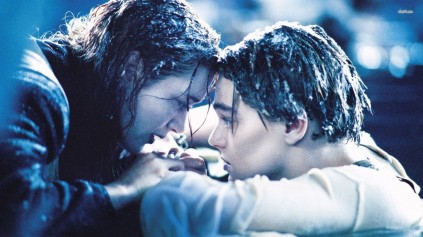 If you haven’t seen Titanic you are either too young to have a Valentines or simply have not been out in the world. This film will make you sob. Don’t lie that you don’t get teary eyed at “You jump. I jump.” Bonus points for young Leonardo.

Before he went to kill zombies, Andrew Lincoln was in love with Kiera Knightly. Liam Neeson’s son was in love. Martin Freeman was in love. And even Severus Snape was getting it on with Nanny McPhee. There’s quite a lot of love, actually. With almost every British actor under the sun, it is definitely worth a watch.

Number 5: Beauty and the Beast

Yes, it’s a Disney movie, but it is by far the best love story Disney has told. A pure tear jerker! Even though your boyfriend might not appreciate it, your inner child certainly will. Plus, it’s kind of the kid’s version of 50 Shades!

More young Leonardo in this explosive telling of Romeo and Juliet. Although it may throw you back to your Junior Cert days, can you say no to that face? The soundtrack, the cinematography, Leonardo! Yes to all.

“Here’s looking at you kid.” Iconic. That’s all that needs to be said about this film.

I’m crying just thinking about it. The most quotable movie in the world (after Mean Girls of course) “If you’re a bird, I’m a bird.” Tissues at the ready girls, it’s a heartbreaker.

This film has everything one could ask for; love, costumes, songs and tears. Perhaps it is one of the best films that have been made. Therefore it steals the top stop. If you only watch one movie this Valentine’s, let it be this.