As women, we are expected to have body confidence issues and while it is true that a lot of us do, what about those of us who actually don’t? Why are we being told that we should? It’s obvious that we are perceived as “the weaker fragile sex” by society and are expected to strive for perfection. It seems that society cares about us so much that there will always be someone ready to point out our supposed “problem areas”. The number one offender being, that’s right you’ve guessed it, the media with their “oh so brilliant” strategic marketing. What I mean by this is that in the last few years, companies targeting female customers are using different techniques to sell us their products. Rather than selling the product for what it does, they are selling it as a product that will actually help us improve our problem areas by pointing out that it should be a problem area. These adverts subtly instil the feeling of body shame when in fact there should be no reason to feel ashamed about what your body naturally does or looks like. I get really annoyed when I see adverts that display a healthy size 16 woman going to a size 8, despite the fact that she was perfectly fine at her initial size. Or the recent “Are you beach body ready?” advert by protein world that suggest that all our bodies should look like the woman in the poster, otherwise it shouldn’t be shown. 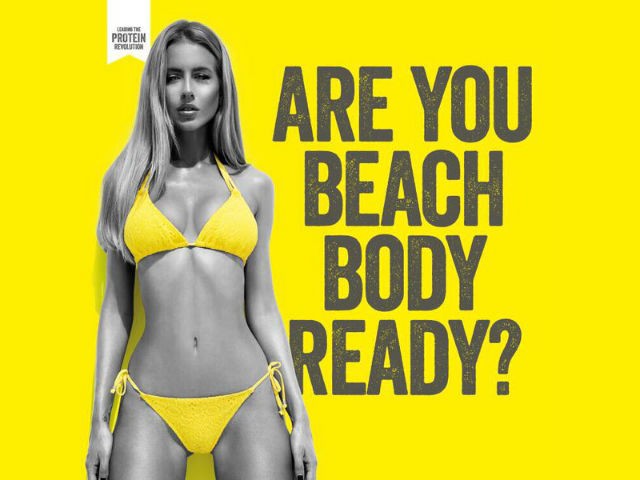 As for women who actually show or feel confident in their bodies, we are quickly branded as “vain”or “stuck up bitches”. Personally, I 90% feel confident in my body. Of course, there are days where I criticise certain aspect of my body, like my far from iron flat stomach or my kit kat bar chunky thighs but there are days, weeks, months even where I can appreciate that all of these things add to my unique shape and I have no desire to lose an insane amount of weight or volunteer my body for the hunger games just because I don’t look like a Victoria Secrets model. If anything, i’m happy looking like I know all of Betty Crocker’s secret recipes. Body love is something that every woman needs and it genuinely makes me mad that magazines and adverts target our insecurities not because they care about our “health” or want to make us love our bodies more than we already do. There are so many natural, unique and beautiful body shapes in the world so it’s crazy to think that there is one standardized perception of what is considered beautiful. Being aware of two cultural ideas of beauty, Africans seeing perfection in a rounder woman, and Europeans seeing beauty in a slender women, has made me realise that no matter how you look you will always be judged. Body love is an important thing and I think as long as you love your body and know how to work all your best features, then what anyone else thinks shouldn’t matter. So girls, this summer instead of asking ourselves “Am I bikini body ready?” ask yourselves “Is that bikini ready for your body?”. 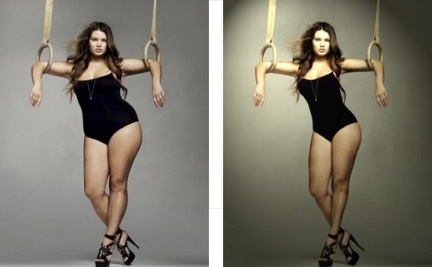 This week marks the 25th anniversary of the creation of Photoshop. It is also, coincidentally, the week which saw the release of unretouched images of Cindy Crawford in a spread for Marie Claire magazine, and over two-hundred unretouched photos of Beyoncé from a 2013 L’Oreal campaign. The most shocking thing about these images was not the fact that, like every other human on the planet, Beyoncé gets blemishes/has laughter lines/is in possession of pores, or that Crawford, at the age of 48, has wrinkles/has cellulite/has abs which are not quite as rock-solid as they were before she had two children. No, the most shocking thing was the public reaction – people are so accustomed to seeing edited and perfected images that we are now shocked by reality. 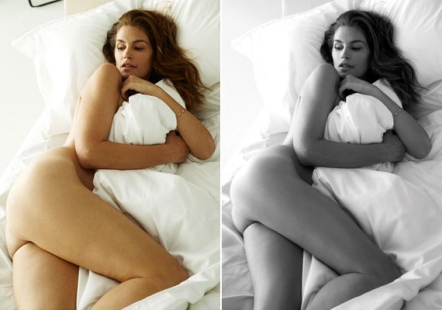 Obviously we are aware of reality. We see ourselves every day in the mirror; we see our friends and family at both their best and worst. It is very rare, however, that we see a bare-faced, unretouched, totally true to life image of a celebrity. When these types of photos are available, there is a kind of public crucifixion: magazines circle blemishes and under-eye bags in their ‘hoop of horror’, the pictures go viral on the internet. Celebrities are meant to look perfect 24/7 because that’s the image they sell us. When the smokescreens and expert lighting come down, when we are ‘subjected’ to Beyoncé’s blemishes or Cindy Crawford’s cellulite, we’re disgusted. This wasn’t what we signed up for! We want escapism, glamour. We want to be able to believe that perfection is possible.

Thomas Knoll, the inventor of Photoshop, recently expressed concerns about the overuse of his program when discussing Photoshop with the press, saying: “Photoshop is a tool and like any tool it can be abused. A lot of stuff I’m not really happy with … especially the body image issues that it creates for a lot of women.” This is a sentiment that is shared by many, celebs included. Kate Winslet said of her heavily edited GQ cover in 2003: “The retouching is excessive. I do not look like that, and more importantly, I don’t desire to look like that.” Model Coco Rocha echoed this, saying:

“You see a model walk down the street and she’s wearing jeans and a t-shirt, no makeup, her hair down, and she looks like a regular girl. For me just to look ‘natural’ in a photo takes two hours of hair and makeup, good lighting, styling, and Photoshop – and six hours later, you have the picture. But when I go home, it’s just me with no makeup, pimples, and a pair of baggy pants. That’s life — the rest is fantasy.”

Crawford herself famously said: “Even I don’t look like Cindy Crawford when I wake up!” However, others are strongly in favour of the software. Jennifer Lawrence proclaimed her love for the editing tool when she spoke about her Dior campaign: “I love Photoshop more than anything in the world. Of course it’s Photoshop, people don’t look like that!” To a degree, Lawrence is right: when we live in a world so saturated with pictures that have been tweaked and perfected, of course we are aware that digital manipulation is at play. However, it is the oversaturation of these images in our society that causes the problem – when photos of people appearing in their natural state are considered to be grotesque, abnormal, or even brave, it conditions us to believe that perfection is the norm. Young girls shouldn’t grow up thinking that something is wrong with them if they have stretchmarks. Boys shouldn’t grow up believing that women don’t have body hair. They say the camera never lies, but it seems that has never been less true.

Fortunately, there is a silver lining to the leaking of these photos: it has opened up a public debate about the manipulation of the images we see daily. It gives us a chance to realise that an unretouched image doesn’t show us an ugly person; it just shows us a person. It gives us the chance to open our eyes to the media’s overuse of Photoshop and realise that nobody is flawless, not even Queen Bey. And that’s okay. 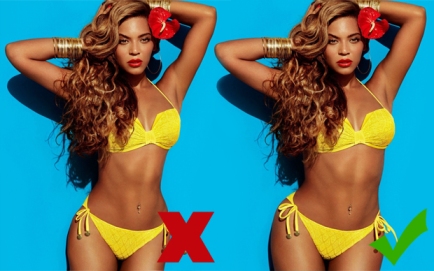